Being with Benny: Inside the World of Ben Lexcen

Being with Benny is the story of how Bob Miller, from a shattered childhood in rural Australia and only four years of schooling became one of the world’s leading yacht designers. His creation Australia II won the America’s Cup in 1983, ending the New York Yacht Club’s 132-year hold on the world’s oldest sporting trophy.

The lack of formal education worked for this self-taught genius. An intuition for fast sailboat shapes, an open mind and a hunger for new ideas led to his exploration of the winged keel concept, which crossed his path from aerospace research, while he was designing Australia II.

At the time of his sudden death on May 1, 1988, from a heart attack, when he was aged 52, he had captivated the Mediterranean rich and famous with his stylish designs of large yachts, power and sail.

Besides the achievements, Benny is best remembered by his many friends and acquaintances for his eccentricities, larrikin nature, love of fast cars and classical music. As a young man in the home of his closest friend Carl Ryves, he was given to playing the harmonica under the shower because he liked the acoustics of the cubicle, in drip dry shirt and trousers, washing the garments at the same time.

Being with Benny not only tells his story, some of it in his own words, but how he influenced the lives of the people around him, many of whom have helped re-sail the adventurous course of his life in this book.

The book has been reveiwed by John Bertrand, the skipper of Australia II, who kindly supplied the Foreword after reading the first draft. He wrote, “The winged keel was Ben’s greatest design achievement. It came out of his constant search for improvement. It was a brilliant solution to creating a faster boat within the America’s Cup rule. And typical of Ben, on day one when we first launched Australia II in Fremantle, before we even hoisted sails, he said to me: ‘Ahh, I need to change the stern. We can do better. Ben Lexcen, yes, a national treasure.”

Being with Benny has been written by Lexcen’s friend, and renowned Australian yachting journalist, Bob Ross, who is delighted that the book has finally been published. “I have been struggling with this so long and Ben was a friend; it means so much to me.”

“Benny came along at a very important time in Australian sailing as it rode a breaking wave of international success in offshore racing, the Olympics and eventually the America’s Cup, in all of which he was involved. But all of us in his large circle of friends and acquaintances remember him best for the warmth and humour shared with those around him. As Rasa Bertrand, wife of John, said on reading a proof copy of this book. ‘You have captured so many of our memories of very fortunate lives. Benny would love it.'”

The publisher of the book, Robert Deaves said, “It’s an absolute privilege to publish this book for Bob. It is such a momentous and famous story that sailors everywhere know about. Bob’s narrative is captivating and fascinating, not just the story of the design of Australia II and how it won the America’s Cup, but also all the details about Lexcen’s many designs and projects that led up to that. It is a important historical record of the events that changed the America’s Cup forever.”

The book is available in paperback, hardback and kindle formats. 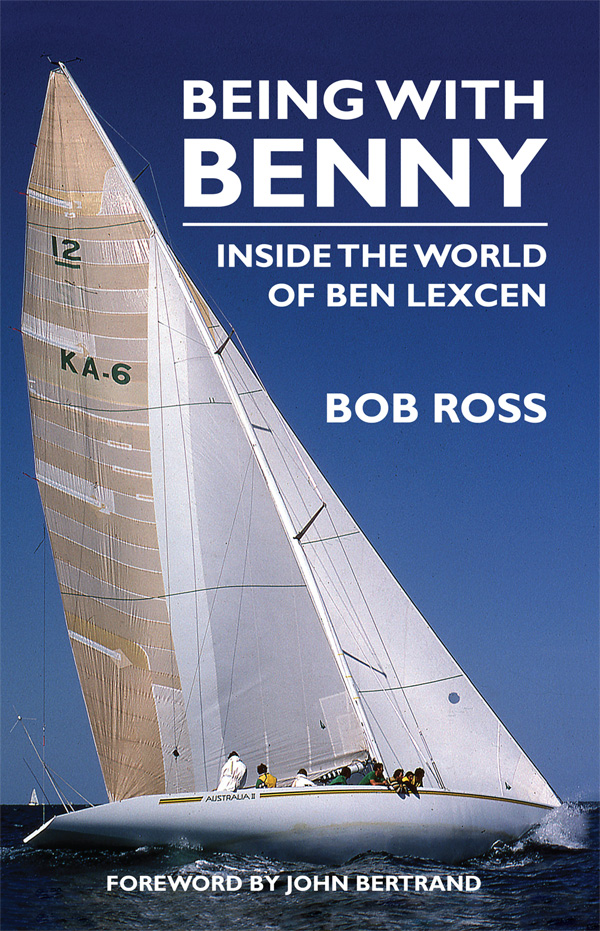 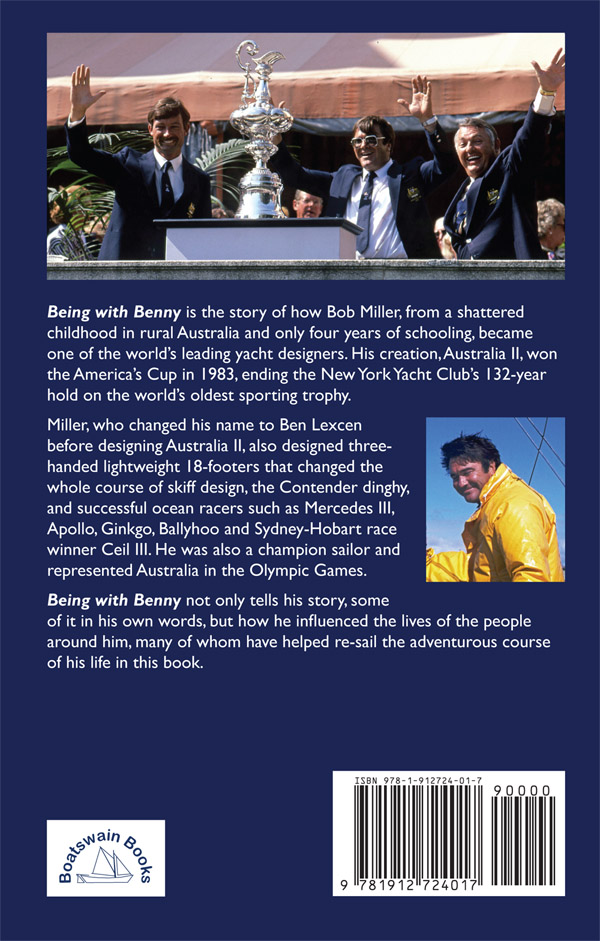