Against a backdrop of a major terrorist attack on the United States mainland, six adults, one baby and a schooner battle to reach the safety of Europe. There was only one way to get there and no turning back.

The story follows Calum and Adriana as they abandon all ideas of a dream holiday cruising their newly acquired 70ft schooner along the eastern seaboard of the USA, and begin, along with their friends Bob and Cathy, a dangerous and daunting task of reaching safety for them, and the crew they acquire along the way. Along the way they would face their fair share of setbacks: attack, fear, mountainous seas, Atlantic storms, despair and surprise.

Determined to survive, they sailed on in ignorance of the world-changing events happening just beyond the horizon. The two ongoing battles – man against the elements and man against man – reach an incredible conclusion as they finally reach the shores of Europe in a race against time to save the world from even greater disaster. 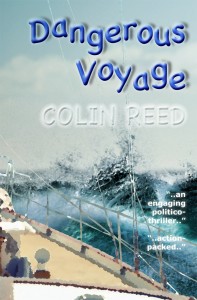