Calum is happily settled in England after the dramatic events described in ‘Dangerous Voyage’ and to add some more adventure to his life he agrees to take part in a race to Norway with a crew of young adults recovering from a traumatic event.

The story line switches between an undercover World War II operation to safeguard the Danish gold bullion reserves after the outbreak of war and the eventful voyage of Calum’s schooner, Samba Canção, across the North Sea, culminating in a life and death clash on the high seas and a dramatic discovery and final battle in a Viking King’s Cave on a remote stretch of Norway’s windswept coastline.

Colin Reed delivers another great sea story mixing the battle of men against men and men against the elements, while keeping the action and mystery unfolding until the final twisting chapter. 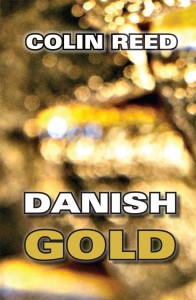