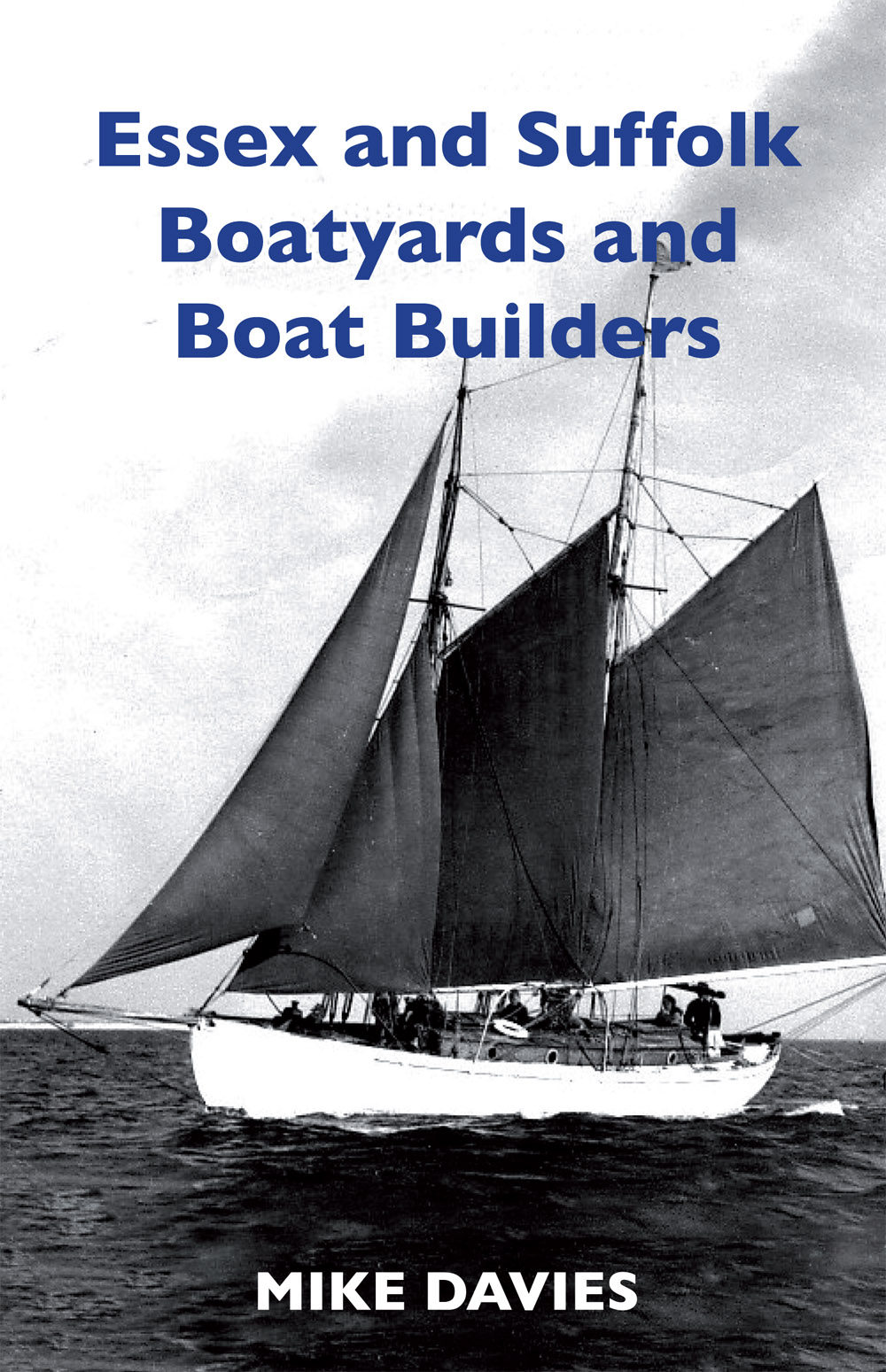 ‘Essex and Suffolk Boatyards and Boat Builders’ by Mike Davies is a fascinating historical record of the boatyards and boat builders of Essex and Suffolk and its many beautiful rivers and estuaries. First published in 2009, it has been republished by Boatswain Books in a new format and is available through Amazon and all good booksellers.

The author, Mike Davies, was raised at East Mersea where he and his brothers were introduced to sailing at an early age. He bought his first business in the day boat hire trade in 1965 and later set up his yacht brokerage business, Marine Traders, which he ran from 1973 to 2003 at various locations around Essex, and finally at Titchmarsh Marine at Walton-on-the-Naze.

In running Marine Traders Yacht Brokers, Mike Davies visited and got to know boatyards and boat builders all over the East Coast. This book is a fascinating record of all the yards and the people he met during his 27 years in the yachting industry. Much of it is now history with many yards closed or having moved premises.

The book contains more than 400 images, photos, diagrams and letterheads collected by the author over a period from 1944 to 2007, along with hundreds of memories and stories about the people, the boats and the places that make up the beautiful east coast of Essex and Suffolk.

The East Coast is a myriad of tidal estuaries and creeks in which many boatyards were established. Today a great number of them have disappeared, being replaced with housing and leisure areas. ‘Essex and Suffolk Boatyards and Boat Builders’ recalls many of these boatyards and boat builders and some of the yachts they built, both those still existing and those lost to time.

In the decade since the first edition, much has changed along the Essex and Suffolk coastlines. Even more of the yards described no longer exist. However, no attempt has been made to update the content – it remains a valuable record of the history of the golden age of boat building and yachting on the East Coast.

Published by Boatswain Books (boatswainbooks.uk) Essex & Suffolk Boatyards & Boat Builders is available in most countries through all Amazon channels and from all good booksellers.

It is available in three editions: 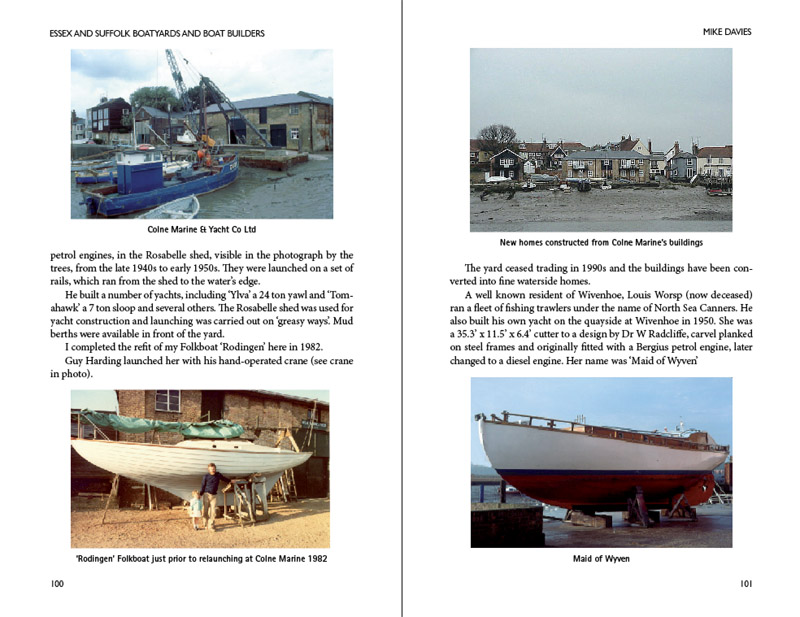 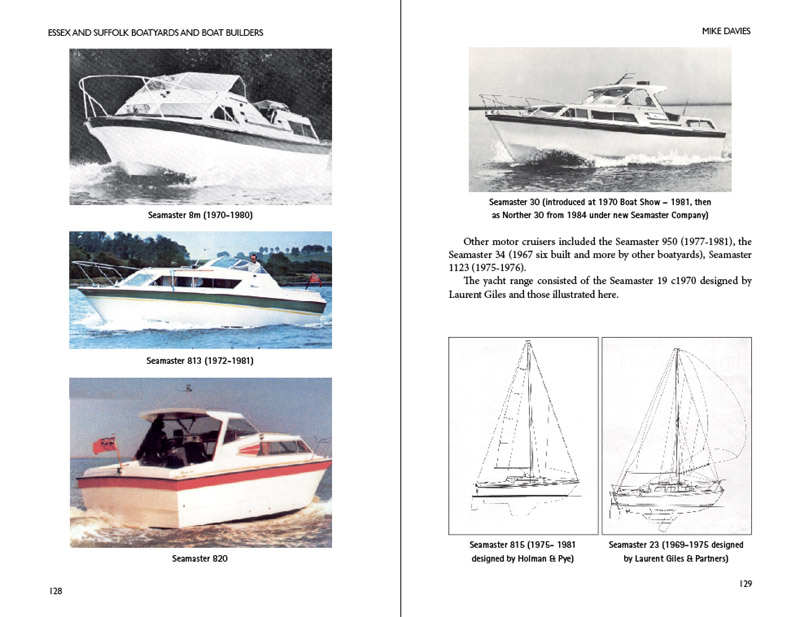 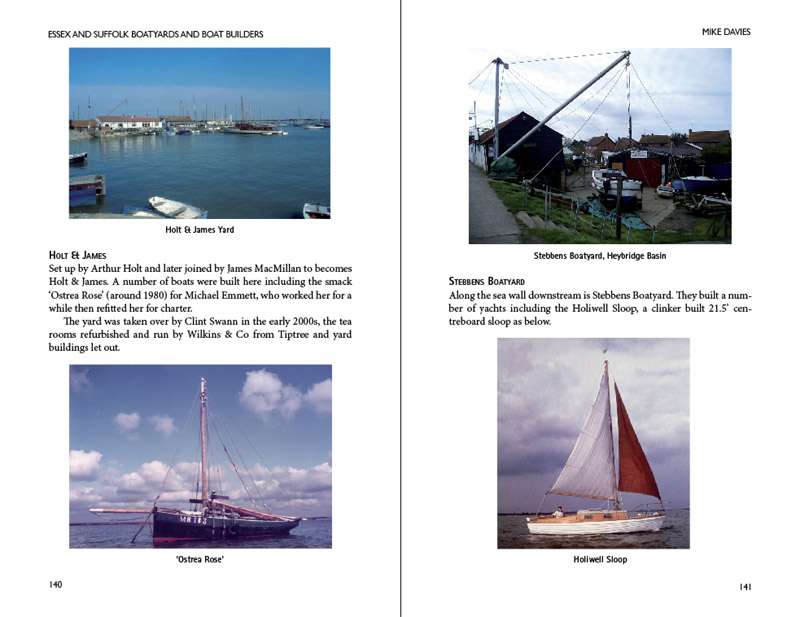 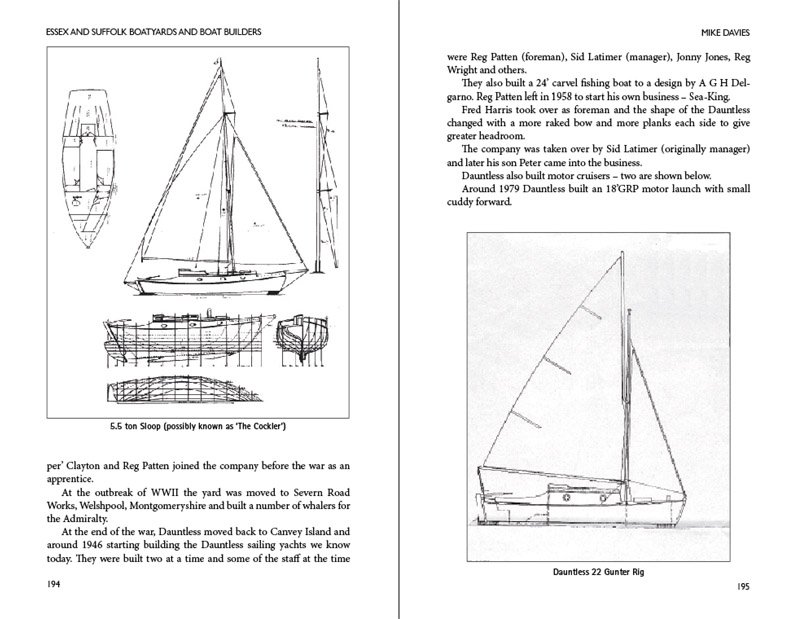